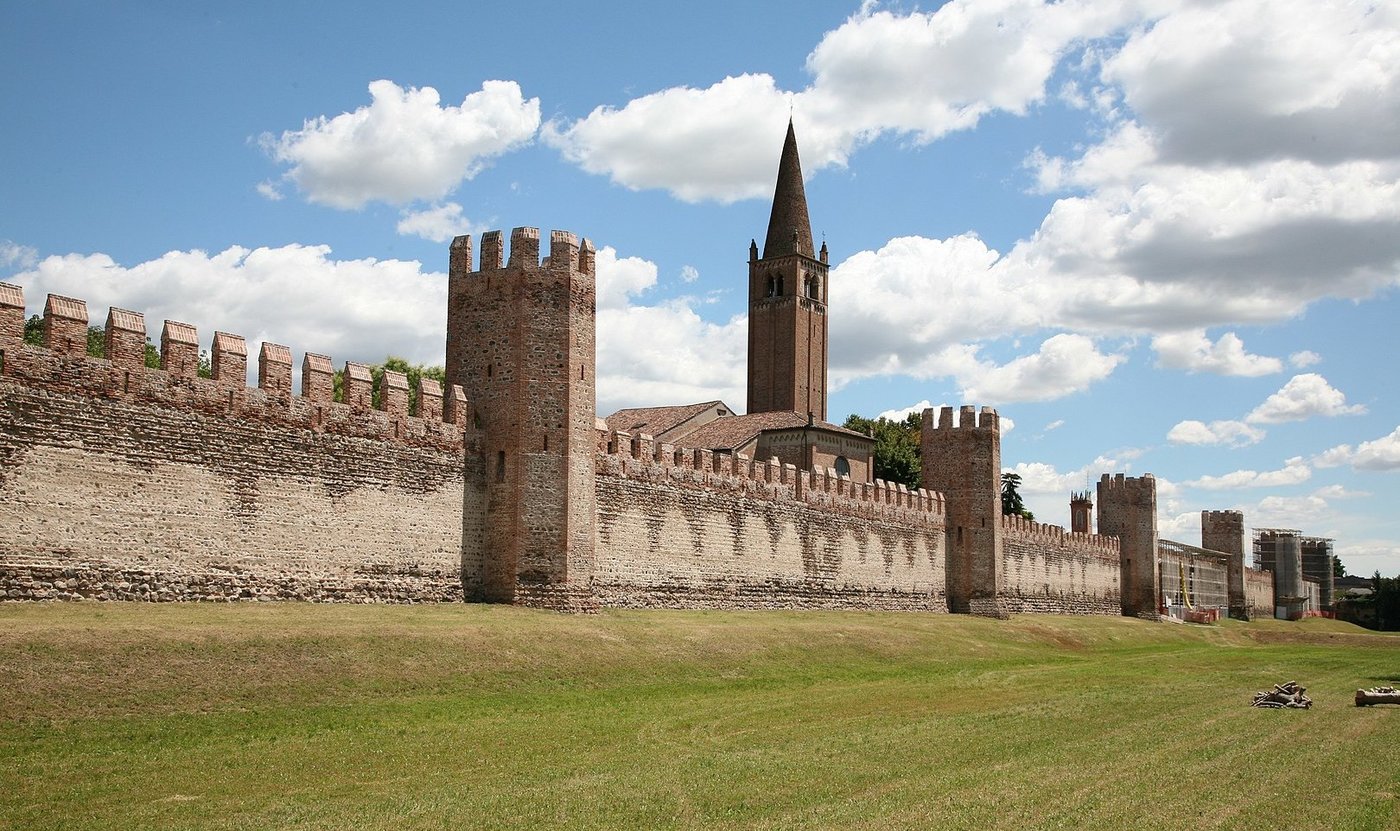 Montagnana, in the province of Padua, is part of the Walled Cities of Veneto Association, has been included among the most beautiful villages in Italy, and can also boast the orange flag of the Italian Touring Club. Its first tourist attraction is constituted by the splendid walls mostly built at the time of the Da Carrara lordship. The walls of Montagnana are considered among the greatest examples, for beauty and conservation, of medieval military architecture in Europe.

Also noteworthy is the Cathedral of S. Maria Assunta (open from 7.30 to 12.00 and from 15.00 to 18.00 or 19.00 in the summer), which houses some frescoes of considerable artistic interest, such as the Transfiguration by Paolo Veronese and two frescoes depicting David and Judith attributed to Giorgione.

In addition to its historical beauties, the territory of Montagnana also boasts interesting food and wine traditions that are the protagonists of various events throughout the year. First of all Montagnana is the seat of the Consortium for the Protection of Veneto Berico-Euganeo PDO Ham, a product traditionally celebrated in the month of May with "Montagnana in Festa". The traditions related to agriculture and breeding are instead remembered in autumn, in October, with "Montagnanese in Fiera". Among the autumn products protagonists stand out the pumpkin, in October, with the "Festival of the Pumpkin and Autumn Flowers".

In short, a splendid village that deserves a visit at any time of the year, but which is appreciated even more on the occasion of its traditional festivals.