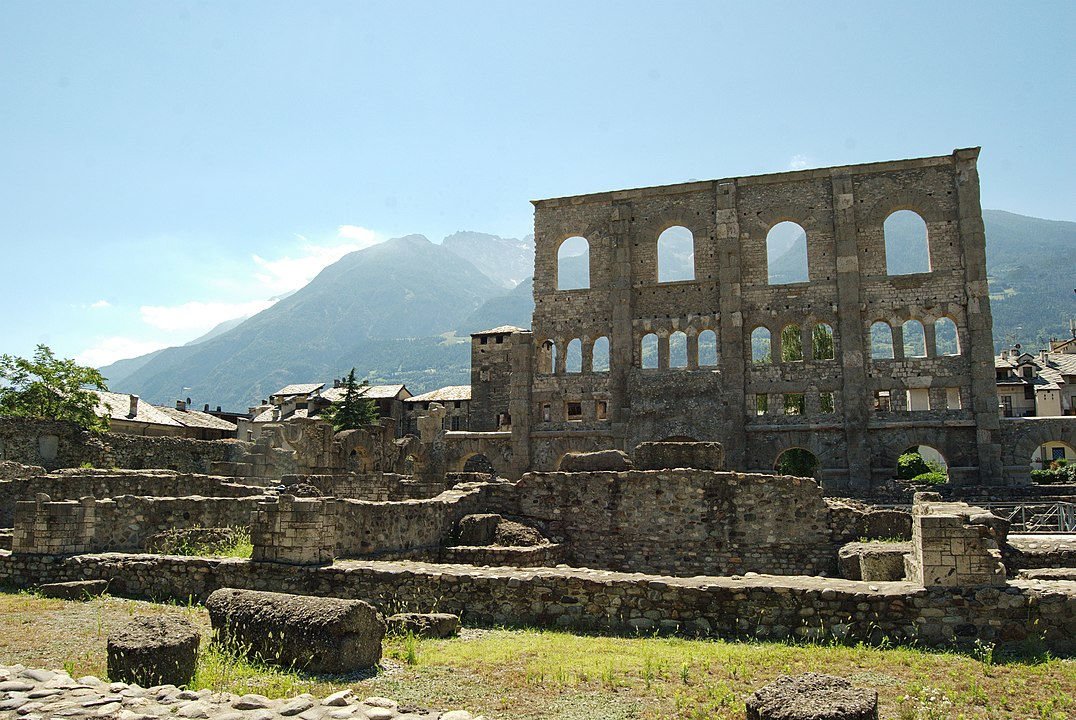 Despite being the smallest region in Italy, the Aosta Valley holds many places to discover. Aosta is a city of Roman origins, a feature that can be guessed thanks to the fascinating medieval corners. Among the things to see is the Roman Theater, of which currently you can only admire the southern facade 22 meters high characterized by a series of buttresses and arches. It is said that it is thanks to the prior and historian Jean-Antoine Gal that we can still visit this place: according to local tradition in 1833 he prevented the Roman theater from being transformed into a stone quarry. Subsequently, several restoration works made it possible to arrange the structure, in particular those which took place between 1933 and 1941.