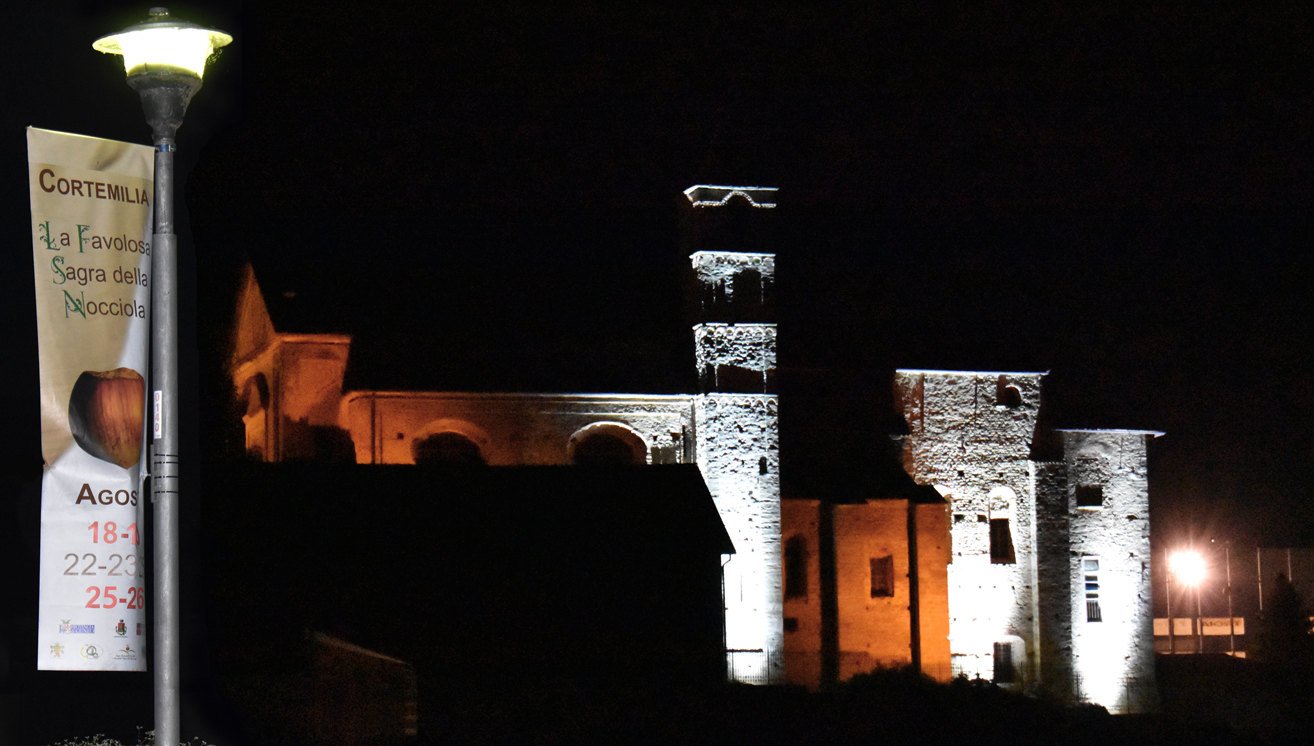 The Bormida river divides Cortemilia into two districts that take their name from the churches of San Michele and San Pantaleo. The cylindrical tower from 1200 is what remains of the Aleramic castle. Also noteworthy is the former Franciscan convent, which legend has it that it was commissioned by St. Francis himself passing through the area (in 1213), which is configured as an imposing monumental complex with a church with a single nave.

Cortemilia is known for the production of hazelnuts, in the "Tonda Gentile delle Langhe" PGI variety. The excellence of the territory is celebrated with the "Fabulous Hazelnut Festival", traditionally in the month of August.

The wine production is mainly aimed at dolcetto and moscato. In Cortemilia there is the Ecomuseo dei Terrazzamenti e della Vite, which has one of its offices in the Cascina di Monte Oliveto, near the Pieve, active with various cultural, educational and local promotion initiatives. Dolcetto is the most widespread grape variety on Cortemily's terraces, where it is possible to create a characteristic microclimate suitable for enhancing its characteristics.