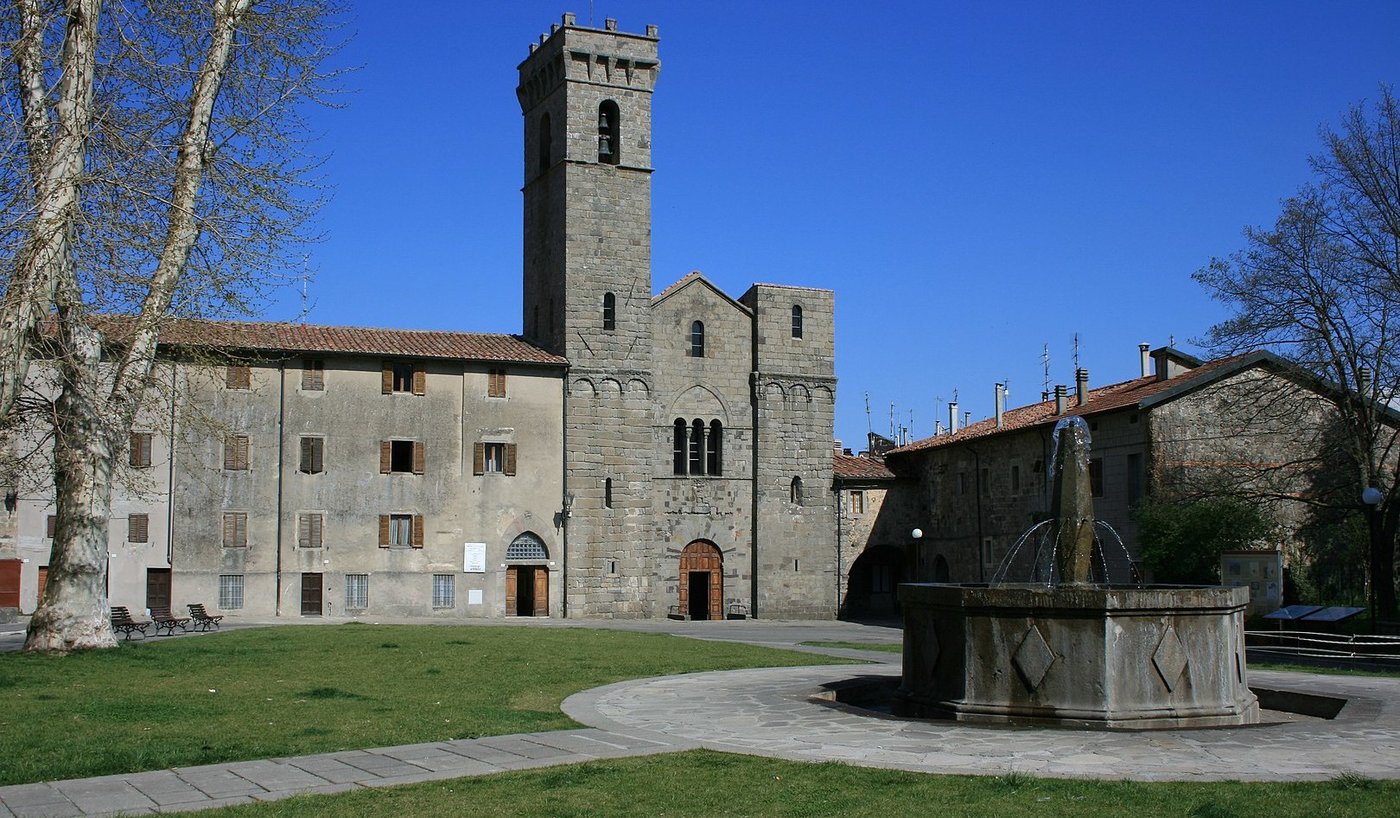 Abbadia San Salvatore is a town in the province of Siena, in Tuscany. The village, which rises on the slopes of Monte Amiata, takes its name from the Benedictine abbey, founded in 743 by the Lombard king Rachis, of which today only the church and the crypt remain. Amiata, a volcanic mountain, favored the mining of cinnabar and its refining into mercury in the early twentieth century. The mine saw a slow decline in the 70s and today it has become a museum. Abbadia San Salvatore is today one of the most important tourist centers of Mount Amiata.

Things to see and do in Abbadia San Salvatore

Worthy of note, in addition to the medieval village, the Palazzo del Podestà, built in the fifteenth century. The village houses two museums: the Abbey Museum or Don Roberto Corvini Sacred Art Museum, inside there are unique pieces that testify to the heritage of the monastery, and the Abbadia San Salvatore mining museum: the cinnabar mine, today now closed, it has tunnels for 35 kilometers that extend for 400 meters in depth. In the clock tower it is possible to visit the mining museum together with a gallery of about 300 meters, where the workplaces are reproduced.

In the month of October traditionally in Abbadia San Salvatore the appointment with the "Autumn Festival" is renewed. The protagonist is the chestnut, a product that has always filled cupboards with its precious flour, with which it has often been possible to replace bread in a land not abundant with wheat. In the medieval village, while roasted chestnuts are being cooked, tastings are held in an atmosphere made unique by music, markets and shows.

From the mountain, loved and felt as a mother, as a sacred presence, the tradition of the Torches is also born. On the evening of Christmas Eve, the philharmonic plays Christmas carols and the torch in front of the Town Hall is lit with the sacred fire. This is the agreed signal: from here the Torch Leaders, with their blazing torches, bring the fire that will light the other dozen torches scattered in the historic center and throughout the rest of the town of Monte Amiata. already in the autumn when the "torch-makers" begin to look for the material with which to build the "torches", typical pyramid-shaped piles of wood up to seven meters high which, built in every district of the small medieval village, rise to the sky in waiting for the eve when they will then be set on fire.

On the second weekend of July, on the other hand, Abbadia San Salvatore celebrates the Censi Offer. For three days the historic center of the city immerses itself in its glorious Middle Ages and rediscovers itself as a real "Castrum" by staging a costume party, unique in its kind, which offers an interesting insight into the life of that time, with shops arts and crafts, markets, musicians and dancers, singers and jugglers. Thus the Offer of the Censes is prepared, recovering a "practice" often described in the rich documentation of the thirteenth century, relating to Abbadia San Salvatore. Historiography tells of "censuses in nature" (or local products) that were offered to the Monastery of San Salvatore by the inhabitants to sanction the close relationship between the community of the village and the imposing monastic structure, one of the richest and most powerful of the time .

Among the typical culinary products of this area are the Pici, widespread throughout southern Tuscany, a type of pasta made only of water and flour, and traditionally seasoned with aglione sauce. Then there are the Ricciolina, a local dessert and the savory aniseed biscuits.