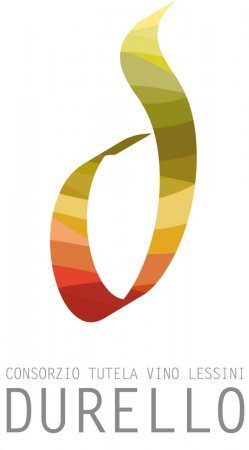 As part of the 45th Festival of Wines D.O.C. Gambellara , Selva di Montebello, the Committee decided to dedicate this edition to an evening of Durello in its expression of sparkling wine. The " staging" of a process to determine which of the territory included in the province of Vicenza and the slope of the Veronese , can claim the best expression of this grape eminently native was an opportunity to explore the history and characteristics of one of the wines emerging in the increasingly rich panorama of Italian sparkling wines .

Thanks to the initiative of the sections of Vicenza and Verona ONAV (National Organization of Wine Tasters ) , commissioned by the Committee of the Wine Festival and its new president , Antonio Ciman , supported by the Consorzio Tutela Vino Lessinian Durello , were offered for tasting and presented to the public this six expressions of Lessinian Durello Sparkling three produced in the territory of Vicenza and three in the Verona area .

The slope of Verona has played its cards with the Brut sparkling wine , made with Charmat method, label CChia Montecchia Crosara , now produced by Cantina di Soave (which acquired the Montecchia ) and with two classic method , the " 36 months " of Marcato, each of the leading companies for the Lessinian Durello , and the vintage 2009 Moschina Court of Roncà .

The side Vicenza responded with Charmat by the Cantina Sociale di Gambellara ( Prime Line Brume ) , and with two Metodo Classico , Cantina Colli Vicentini Montecchio Maggiore and the historic company Cecchin House , with its vintage 2008.

The alternation of the wines of the two sides was an opportunity for the two sections Tasters ONAV , in the game of the opposition in the process, to best describe the common characteristics , donated by the volcanic area of Lessinia and the varietal characteristics of the grape Durella with its high acidity and strength, and those peculiar to each of the six projects presented winery .

Six municipalities involved in the DOC for the province of Verona, compared to 20 in the province of Vicenza, where , however, the production is markedly lower , Val D'Alpone that descends from 800 m above sea level Bolca ( famous for the fossils of Pesciara ) on the one hand , the Val Chiampo that joins with the territory Berico other. The volcanic soil , however, is the same as the characteristics of the high hill that provides ventilation , temperature range and slopes to facilitate drainage of water, all characteristics favorable for the cultivation of grapes destined for the sparkling wine , along with the characteristic acidity Durella grape .

Just in trace fossils found in Bolca , but not limited to , one can deduce the origin of this eminently indigenous grape variety that is born here and only in this "terroir" is able to express its full potential .

The "freshness" is certainly the predominant feature of the Lessinian Durello sparkling wine , both for the citrus notes , citrine , or softer , green apple (such as eg . Moschina Court in 2009) that are perceived to the nose , both for the acidity very long and minerality that is perceived in the mouth.

In the classic method aromatic notes and hints buds evolve naturally towards more "mature " and complex , the citrus is sweeter , it recognizes a slight hint of bread crust and a characteristic slightly bitter aftertaste .

Returning to the historical notes was interesting to hear how the first evidence of the grape " duracena " make us go back to the second half of 1200 and the territory Berico , and the passionate story of Eng. Cecchin , which ended the "debate" , the distant origins of human settlements in this area ( 15,000 years ago) and the formation of these soils that have basalt , volcanic eruptions , which give the strong mineral note , but also tuff and rock calcareous marine sedimentary origin ( element that favors the rich flavor ) . The delimitation of the DOC was reported just to the characteristics of the terrain and geological history of the area bounded by Bolca to the north, in the province of Verona , Mount Calvarina further south, deep sea between Arzignano Roncà and where is the border between the two provinces , and the Priare , Montecchio Maggiore , and the Pria Bona, in the province of Vicenza, to the east. The Ing . Cecchin is an eye-witness of the whole process that led to the birth and fast affirmation of DOC Lessinian Durello , but also the protagonist of this Wine Festival , the DOC Gambellara , and this makes his show so much more valuable.

The outcome , we should rather say the " verdict " , the process could not be a complete victory Lessin Durello as such, which derive their uniqueness of the terroir , from the distant roots in this land Durella grape , domesticated by the skillful work of producers and the Consortium Lessinian Durello , and the clear personality of the wine that is obtained (not just sparkling wine) , notes, taste and smell characteristics and understandable . For this Lessinian Durello is certainly destined to conquer more and more space between the finest Italian sparkling wines , in particular in its expressions fermented in the bottle.

In conclusion, it seems only right to point out how the '' initiative , as well all'ONAV ONAV Vicenza and Verona, has seen its highest levels represented three different DOC with its Consortiums , Lessinian Durello , Gambellara and Soave , joined the local level by ' idea of enhancing a sparkling wine that fully expresses its uniqueness. In a scenario of wine production as well as the fragmented Italian a similar synergy is certainly a positive example by applauding and possibly imitate.