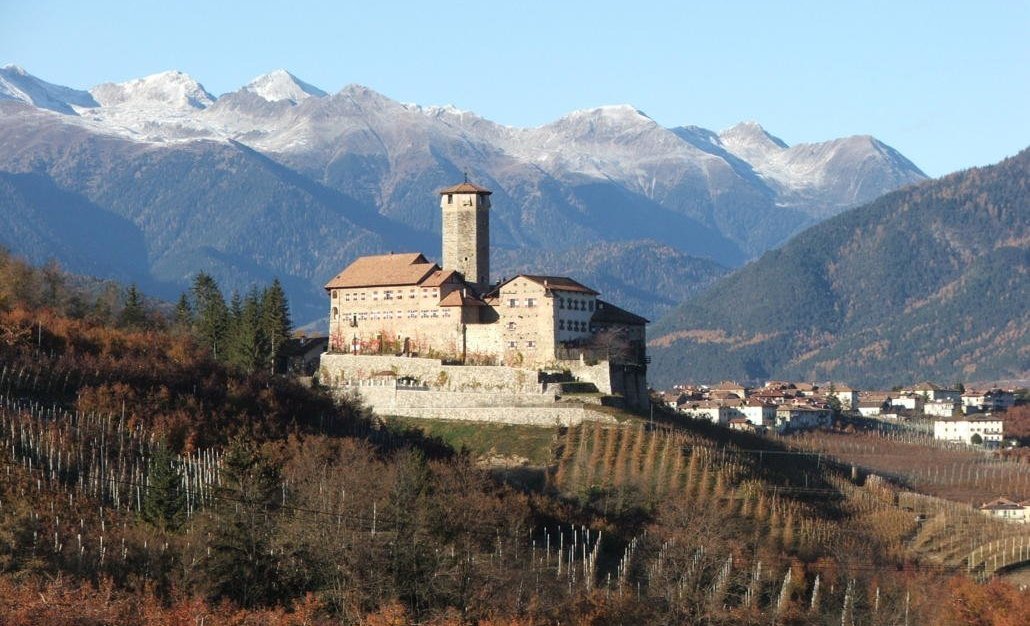 Churches, castles, palaces: Tassullo, a village in the province of Trento dominated by Castèl Valér, tells its own story and shows all its beauty in a path full of suggestions and spirituality.

Things to see and do in Tassullo

RALLO: CHURCH OF S. ANTONIO
The construction of the church of S. Antonio in Rallo can be placed in the second half of the century. XIII. It rose a little further south of the current one, with the bell tower next to it; the facade faced west, near the cemetery. On 6 August 1866 it fell prey to a raging fire that completely destroyed it. For its reconstruction, in neoclassical style, begun in 1872, the project of the architect was chosen. Free. It was consecrated in October 1877.

PAVILLO: ANCIENT CHURCH OF S. PAOLO
Located in the south of the town, on the edge of the road, in front of Castel Valer and in a dominant position. The primitive Romanesque construction dates back to the 11th-12th century on the remains of a previous early Christian church. In 1495 work began to transform the building from Romanesque to Gothic. Recent restorations have brought to light precious frescoes, between the thirteenth and fifteenth centuries

FIELD: CHURCH OF S.LUCIA
The original church of S. Lucia, similarly to that of Sanzenone, seems to date back to the Romanesque period, towards the thirteenth century, and was modified in the late Gothic period, of which it largely retains the style. The first documentation dates back to 1488. The interior, with a single nave, ends with a small pentagonal presbytery. The altar, in carved and painted wood, has a wonderful frontal in decorated leather. the central oil painting on canvas depicts St. Lucia.

TASSULLO: PALAZZO PILATI
It is the seat of the Town Hall and the Post Office. The building seems to be of fourteenth-century origin, but its current appearance was given to it in the course of the 1600s by shaping it into an anaune stately home. It shows fragments of sixteenth-century and seventeenth-century fresco decorations. In the atrium of the entrance, at the bottom of the north wall, the tombstone of the Pilati family stands out: among the most illustrious members, the jurist Carlo Antonio.

CASTEL VALER
Castèl Valér stands alone on the sunny slope overlooking the Villa di Campo Tassullo, today surrounded by lush orchards and a few wooded areas, as if clinging to the strong, very high octagonal tower, the symbol of the Castle, and the only one of that shape in Trentino. Seen from above, it recalls a suggestive and articulated medieval village. The oldest part is assumed to be at the beginning of the 12th century, although the first documented records ("Castrum Valerii") date back to 1211. Basically it is divided into two blocks: the first occupies the south-eastern part with the oldest buildings, where Romanesque and Gothic elements alternate with sixteenth-century decoration motifs; the second block, which was originally intended for an exclusively residential function, is entirely from the sixteenth century, although it was the subject of adaptations in the seventeenth and eighteenth centuries. Curiously, this subdivision was not only architectural; the two blocks were inhabited by distinct branches of the same family. Between the two walls, to the north, stands the chapel of San Valerio, of great artistic value for the Baschen frescoes, the subject of recent restorations

CHURCH OF S.MARIA ASSUNTA
The first and oldest news of the parish church of S. Maria Assunta is in 1101. It was completely rebuilt in the first half of 1500, while Giovanni Tommaso Spaur was parish priest. It, together with the sister church of Cles, is in the Gothic-Renaissance Clesian style with a rectangular plan and a pentagonal apse; the workers who built it also belonged, as in Cles, to the school of Simone d'Intelvi. It was consecrated on November 20, 1558. The façade, divided into three sections by pillars, suggests the internal division with three naves, the central double with respect to the lateral ones, underlined by the six cylindrical columns with an octagonal base on whose capitals the ribs are grafted; the entrance is adorned by an elegant rose window with stained glass and a magnificent Romanesque portal, full arch, with pillars alternating with cords, the external one crossed by vine shoots in bas-relief. The large wooden and gilded High Altar, baroque, dominates solemnly with the imposing Pala dell'Assunta (1620) by Teofilo Polacco in the center. The painting by Polacco was restored to its former glory with the restoration in 1998. The Chapel then opens. the Madonna del Rosario (1629) with the altar and the statue of the Virgin; to the two side aisles, on the left the wooden altar with the statue of the Sacred Heart, on the right the analogous one of Our Lady of Sorrows (1626).

CHURCH OF S. VIGILIO
It rises along the road that descends from the capital to Campo; it is surrounded by a wall delimiting the ancient cemetery area. The current building, in pure Gothic style, dates back to the end of the 15th century, but there was previously an early Christian church on the site, which was in turn built on the remains of a pagan temple. The gabled façade has a strong vertical momentum and a wooden bell tower. It has a pointed portal in pink stone decorated with a twist, a circular marble rose window and, between them, a niche with the sixteenth-century painting of the Pietà. The south side has three high pointed arch windows, one of which overlooks the side door with pre-Romanesque monolithic jambs. The interior space has the typical characteristics of late Gothic architecture, which has remained unchanged since 1495. The single nave ends with the hexagonal presbytery, with ribbed cross vaults. The pictorial decoration was carried out on various occasions between the end of the 1400s and the early 1500s, by two different schools. In it the scene of the Crucifixion stands out. Important conservation and restoration works, both internal and external, were completed in 2000.

PAVILLO: CANONICA AND ROMAN TOWER
The primitive core of the building must have been a sighting or defense tower built around the fourth century next to the Roman road. In the Middle Ages it was the residence of the regular canons of S. Agostino, who provided the pastoral care of the parish. Restored in the 16th century, today it houses numerous municipal halls, the rectory, the bar and the Cooperative Family.

SANZENONE: CHURCH OF THE IMMACULATE
Mentioned in 1360, it has been extended and renovated several times. On the south wall, fragments of fresco decoration from the 15th century have recently been brought to light. XV, attributable to the Baschenis. The Crucifixion depicted seems to trace the coeval one in the Chapel of San Valerio. In 1709 the small chapel was added to the left which houses the so-called “altar of the municipality”, a late Baroque work.

In October the "Formai dal Mont" event takes place in Tassullo, dedicated to malga cheeses and which allows visitors to get to know the Val di Non, the Val di Sole and the Paganella Plateau from a tasty and original.

BY CAR: Brennero motorway, S. Michele A / Adige exit. Take the state road n. 43 of the Val di Non up to the intersection for Tassullo.

BY TRAIN: get off at the Trento or Mezzocorona station. In the immediate vicinity are the stations of the Trentino Trasporti railway. Get off directly at the Tassullo station.