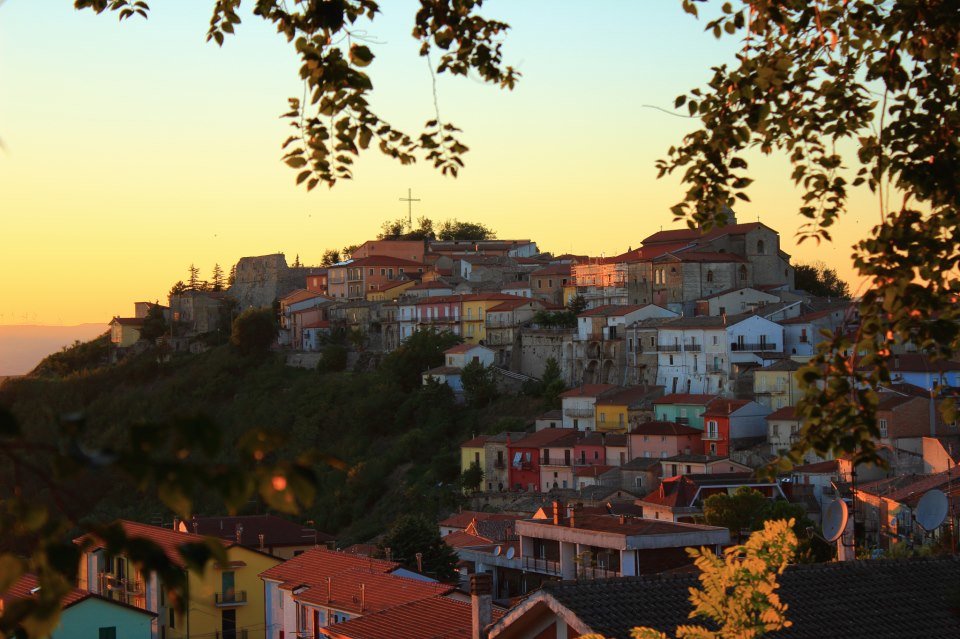 Savignano Irpino, province of Avellino, is a characteristic village perched on a saddle-shaped relief in a dominant position over the Cervaro valley and is part of the club "The most beautiful villages in Italy". In its territory gushes sulphurous water that feeds a natural lake and a stream.

Located along the paths of the southern Via Francigena, it is certainly worth a visit, starting from the historic village with the Guevara Castle, symbol of the town, which dominates the Cervaro Valley from the top of the so-called "Tombola". It is also an excellent starting point for excursions on foot or by bike

The local gastronomy is also interesting, thanks to its artisan bakeries and cured meats, but also to the production of extra virgin olive oil DOP Irpinia - Colline dell'Ufita. Absolutely not to be missed is a good plate of orecchiette and other pasta shapes typical of the village.

Traditional in the month of March the Savignano Carnival with its colors and the joy of allegorical floats, costumes and masks.The carnival is a cultural phenomenon recalling the roots of the Irpinia community, of agricultural and forest-pastoral character, which resist the globalization. The Savignanese Carnival is characterized by the presence of various allegorical floats with various themes. Although the origin of this tradition, which has its roots in centuries-old customs, is not very clear, it almost certainly derives from the similarity of carrying in procession, both on the shoulder and on carts originally pulled by animals, the depictions of the saints as a vow of devotion.