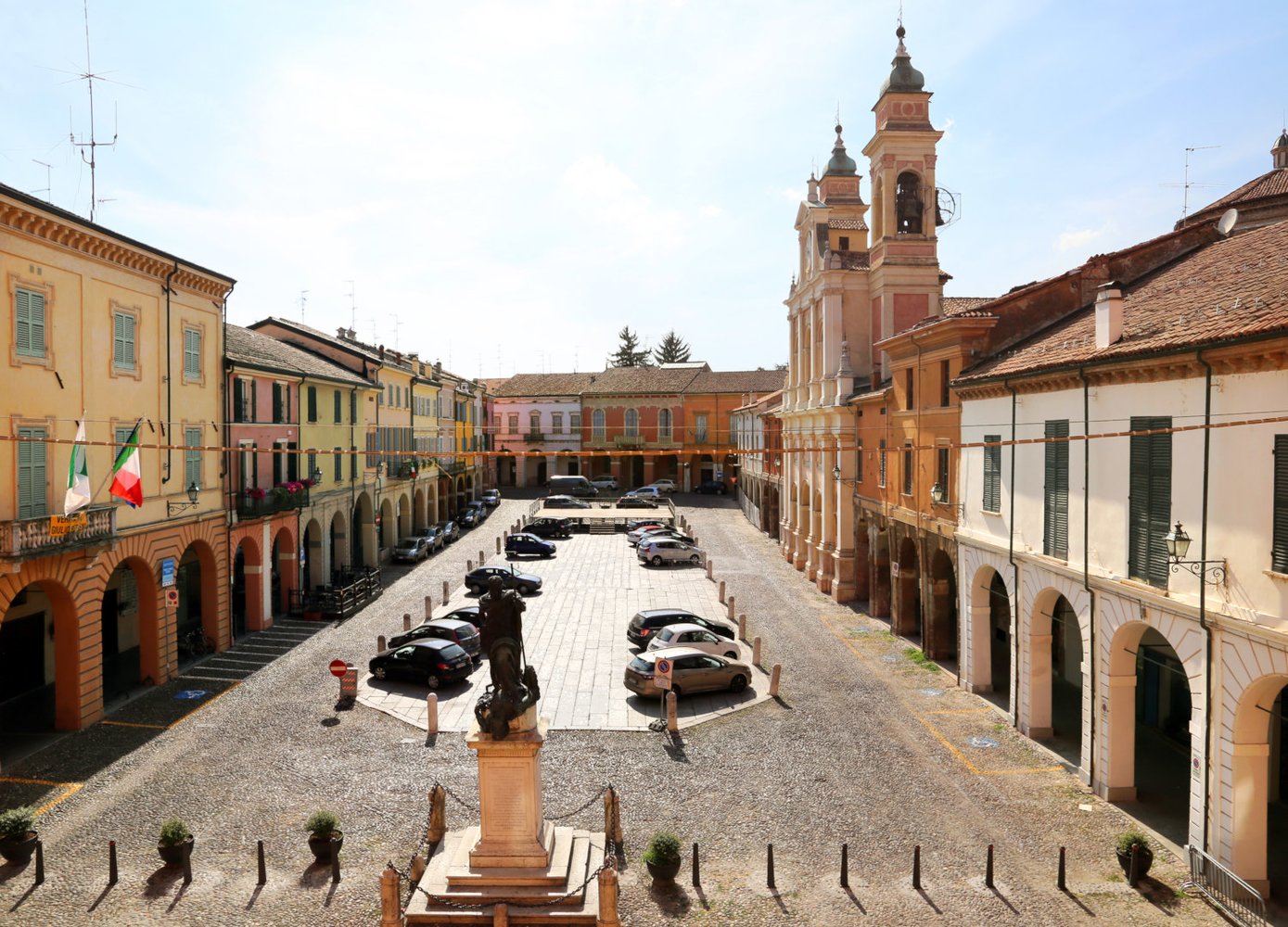 Guastalla is a town in the province of Reggio Emilia, in Emilia-Romagna, capital of the Union of municipalities of the Lower Reggio area, and an ancient Gonzaga capital located on the Po at the crossroads between Reggio Emilia, Parma and Mantua. The three cities are located about the same distance, about 30km.

During its long history, under the Gonzaga dynasty Guastalla, thanks to its strategic position, it became one of the most important fortified cities of the time, but its fortification elements such as the walls and the fortress were then destroyed by the Spaniards towards the end. of the '600.

The sixteenth-century Co-Cathedral of San Pietro Apostolo, the Ducal Palace, also from the sixteenth century but largely rebuilt, and which houses the City Museum, and the Town Hall overlook the main square, Piazza Mazzini. The real center of the historic city, however, is not the main square, but "La Croce del Volterra", the point from which four arms facing the four cardinal points originate, at the end of which there is a church. There are also numerous churches that are located both in the city context and in the surroundings and in the hamlets.

The history of this territory was also dominated by the proximity of the river Po. Reclamation works began already in Roman times that saw in the 16th century, thanks to the lords of those lands, the Gonzagas and the Bentivolos, colossal canalization works that regulated the flow of water , transforming the territory into its natural habitats and its artistic and urban riches, which today retain a considerable historical, architectural and landscape value.

Not far from the center of Guastalla is the Po di Guastalla beach, which connects to that of the neighboring town of Gualtieri (also known because the painter Antonio Ligabue lived there). Beyond the river is the Lombard bank of Pomponesco. These same banks were the scene of trade since the Middle Ages, dispensing wealth to the coastal populations.

From the point of view of food and wine, the specialties of the territory range from the tradition of the land to that of the river, starting with the Parmigiano Reggiano of the red cows, a special variety of the best-known Italian cheese in the world, which comes only from the milk of the cows from the mantle. red from the Reggiana breed.