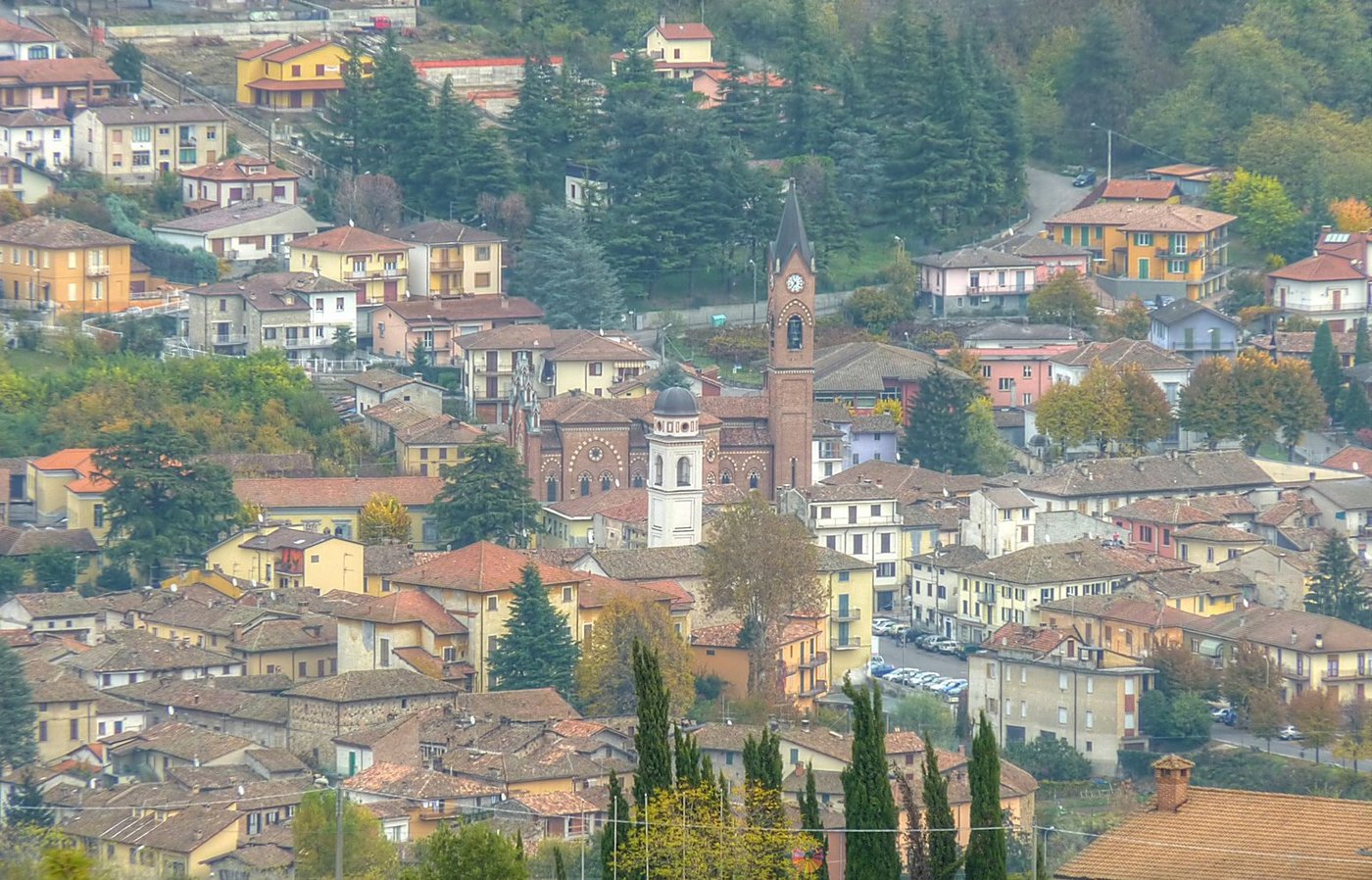 Municipality in the province of Pavia, in the Middle Ages Godiasco was the northern gate of the Via del Sale Lombarda which connected the Po valley with the Ligurian Sea through the fiefs of the Marquis Malaspina.

Things to do and see in Godiasco

In via del Castello you can see the remains of a tower built in stone and river pebbles, which bears an exposed brick band, used as decoration. The building, currently used as a dwelling, was most likely part of the defensive walls of the fief. Another circular tower, in via della Cerchia, is the surviving element of the ancient walls dating back to the thirteenth century.

Malaspina Palace
It is assumed that the was built on the remains of a pre-existing fortress. The building, the only representative building that overlooks the square where the ancient church also stands, is plastered with lime except for the sandstone portal, supported by two caryatids, now transformed by time. Inside, a small entrance hall leads into the porticoed courtyard where there is a stone well with statuary decoration dating back to the 16th century.

The Parish Church of San Siro was built with exposed bricks according to the canons of the early twentieth century, in which the artists used the styles they preferred most. The structure is late Gothic with tall Latin cross columns supporting point-shaped cross vaults. Interesting are the leaded stained glass windows, depicting Saints, the victorious Christ, the Virgin Mary and, in particular, a Knight who bows while handing the model of the church. Of exquisite workmanship are the sculpted wooden works, which reflect the craftsmanship of the place: a Via Crucis and a pulpit that surrounds one of the columns to the left of the altar.

The main fraction of the municipality, Salice Terme, in addition to hosting a renowned spa, has also become a tourist and entertainment resort. On the first hill that surrounds Salice, there is Montalfeo, a place already known to the Romans for the underground springs of sulphurous waters, and which in the Middle Ages became the seat of a magnificent fortress belonging to the chain of castles founded by the Marquis Malaspina to control the Via del Sale which it connected the port of Genoa to the Po Valley. The castle is now used as a location for events.

On 11 November, San Martino's day, the Ancient fair of San Martino is celebrated, when, in the Middle Ages, seasonal workers and sharecroppers finished their services, and the fair did not only include a market of livestock, spices, agricultural products , leathers and fabrics, but it was also the place for the stipulation or termination of agricultural contracts and real estate leases.