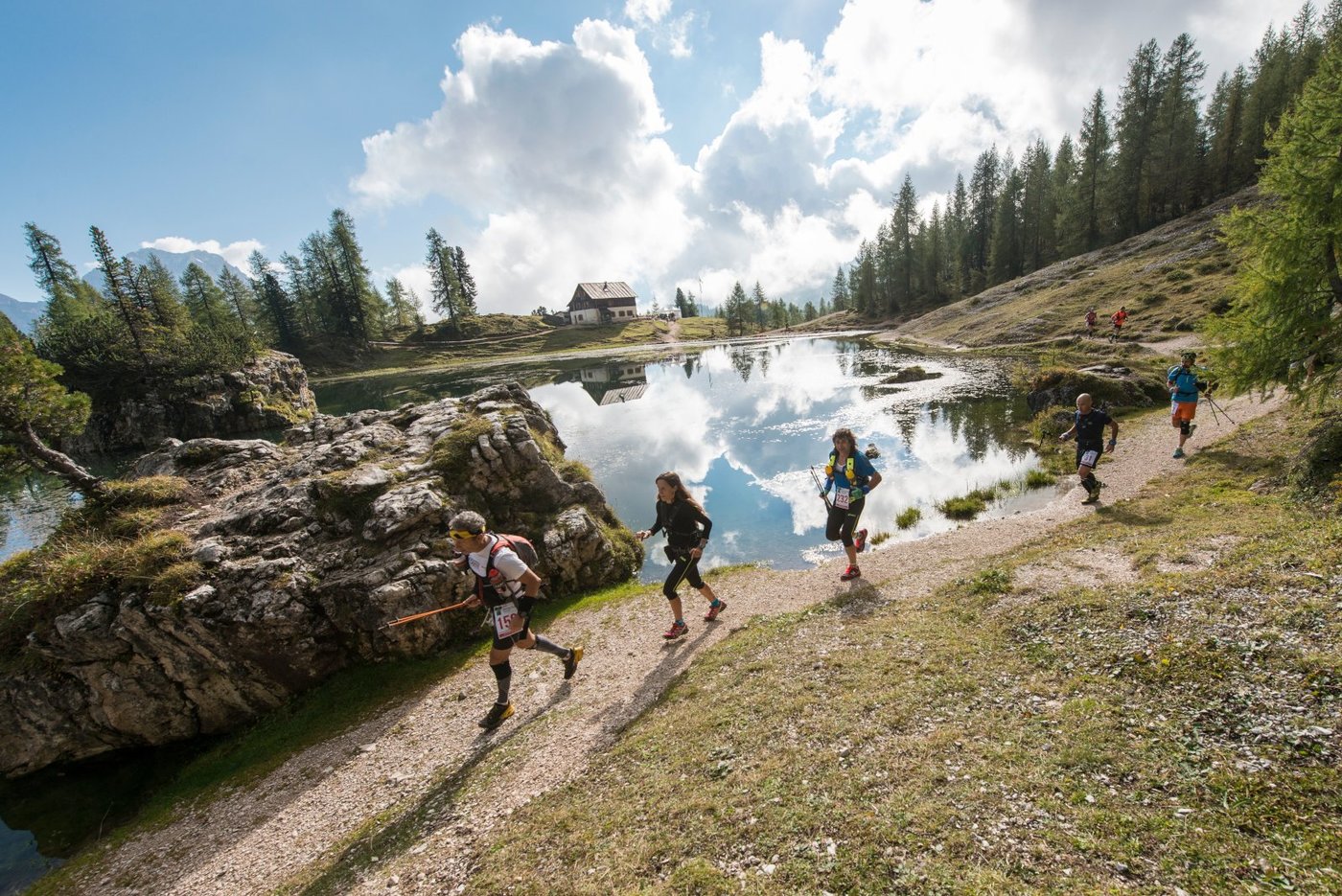 Cortina d’Ampezzo needs no introduction, one of the most popular destinations for mountain tourism. It can offer more than winter skiing and summer hiking with attractions suitable for all seasons. The Cortina Skipass area has worked to respond to the demand for tourism dedicated to natural well-being with proposals suitable for various types of public.

During the summer, the new Cortina Vertical Pass ticket, which can be purchased as a 3, 5 or 7 day ticket, can be used freely, throughout the season, until the days purchased are exhausted.

Here you can breathe pure air, rich in oxygen thanks to the prosperous vegetation and the skilful natural mix of conifers, which are a real panacea for their antiseptic properties on the respiratory tract. We return to a concept of holistic health that includes awareness and responsibility towards ourselves, others and the environment. Cableways make unique places accessible to all, allowing alternative, green, car-free, comfortable and safe mobility. To take the lifts, travelers follow a few simple instructions: they can easily buy tickets online through the skipasscortina.com site, access the lifts with a mask, use the hand sanitizing devices present at the departure stations and I arrive, respecting the distances.

The landscape in Cortina is a continuous discovery. Autumn brings with it the charm of a melancholy beauty, yet bold in the colors: red, gold, brown dominate the landscape and offer a breathtaking spectacle. After September, the woods are a paradise for photographers and trekkers. Among the unmissable excursions, the one to reach the Col de Varda: after the ascent by chairlift you can walk along the paths which, in the autumn period, offer a privileged view of the Dolomites, cloaked in bright colors. For lovers of two wheels, also the cycle path along the line of the old railway, surrounded by greenery or, in this case, in the gold of autumn.

The Auronzo and Misurina valley is an open-air gym to be explored. Maybe on horseback: in Palùs San Marco there is a riding school where you can learn the basics of horse riding or go directly to ride through woods and paths. Another very fun option is the Fun Bob, adored by people of all ages. Next to the top station of the Taiarezze-Malòn chairlift there is the departure of the rail. You get on the bobsleigh and descend quickly and safely, between straights, hairpin bends and spectacular curves. In the area there is also the Tre Cime Adventure Park, which offers 5 aerial routes through the trees, from the simplest to the most complex.

By mountain bike on the Tofane

The Tofane, among the most characteristic mountains overlooking the basin, are particularly suitable for mountain bike tours on the comfortable trails of the area. Climb aboard the Piè Tofana - Duca d’Aosta, Duca d’Aosta - Pomedes chairlifts, knowing that the cost of the ticket includes the transport of the bike. The Socrepes Bike Park is a fun test bed for those who want to test the thrill of the descent: three flow and old school paths of different difficulty wind through woods of larch and fir trees, designed for beginners and experts. There is no lack of technically demanding passages and jumps, but also simple sections, perfect for practicing. Bicycles can be easily rented on site, and you can turn to the Ride in Cortina guides for advice and lessons.
https://www.impianticortina.it/mountain-bike-e-bike-park/

Other than triathlon: in the mountains, summer sport consists of e-bikes, via ferrata and climbing. The Climb & Ride formula proposed by the Cortina Alpine Guides Group consists of a 4-day trip among the most famous peaks of the Ampezzo valley. It is a complete experience, which allows you to experience the mountains in all its complex complexity. During the day you can explore, on foot, pedaling, climbing, magnificent territories, and in the evening you reach the shelters of Cortina Delicious, or the area that extends between Pocol and the Dolomite passes Falzarego and Giau, for a dinner based on local products and a good rest. The opportunity to admire the Fanes, Nuvolau and Averau waterfalls, Lake Federa, the Becco di Mezodì.
New for summer 2020 is the open air rock gym for sport climbing at the foot of the south face of Monte Averau. Created by the Alpine Guides Maurizio Venzo, Valerio Scampa and Giorgio Peretti, it is dedicated to the mountaineer Renato De Pol Rene '. The gym is located towards the end of path 441 which winds from the Averau refuge towards Croda Negra and Col Gallina. The area can be reached from Passo Giau with the Fedare cable car. Alternatively, take the 5 Torri chairlift, arrive at the Forcella, and from here follow the Col Gallina path for ten minutes.

Experience in the name of history

Not all museums can be contained within a building. The open-air Museum of the Great War is a great book to cross on foot to discover the many historical testimonies of the First World War. We are in an area between the Lagazuoi, the 5 Torri, the Sasso di Stria and Forte Tre Sassi: a treasure is kept within a radius of just 5 km. The Cortina Delicious Consortium organizes guided visits to the museum, in the Lagazuoi area, until autumn, with a historical reenactor in uniform III Regiment of the Tiroler Kaiserjäger, complete with all his equipment, ready to tell - in Italian or in German and English - the daily life of the soldiers at the front and the most interesting pages of history among those written in these places.

Dolomites to be discovered, to be explored on foot, to be tasted through local recipes, in summer and autumn. The proposal that falls under the great hat of the Delicious Festival Dolomiti which takes place between the end of July and the end of September is a real 360 ° exploration.

For those who love meditation and in the summer, in the Tofana area, you can book high-altitude yoga sessions at dawn on the terrace of the Col Druscié restaurant, complete with sun salutation, followed by a tasty breakfast. Or dive into the woods for a Forest Bathing, face to face with the trees and their lifeblood, before a dinner. In collaboration with the nearby Cantine Masi, you can discover yourself as a sommelier during a tasting at high altitude, or you can choose one of the experiences linked to the nearby “Helmut Ullrich” astronomical observatory.

Summer in Cortina is also the time for the Cortina Summer Party, the picnic that every year represents the peak of the season. Appointment in the second half of August, on the meadows of the Socrepes Refuge. In front of the Tofane, hours of light-heartedness are shared, you can savor the author's cuisine of the chefs, many of whom are starred, and discover local excellence.

Among the peaks of Cortina, at 2,778 meters above sea level, there is an artistic and multimedia gallery among the highest in Europe, Lagazuoi EXPO Dolomiti.
Until 22 October 2020 space for the K2 project sixty years later: a double reportage that pays homage to the great feat of 1954, with the conquest of the second peak in the world, in a documentary shot by SkyTg24 editor-in-chief Daniele Moretti and a series of shots taken by Moretti himself with photographer Matteo Zanga.

For more information on all the initiatives and services visit the website: https://cortinadelicious.it/

Note: the presentation of the services is based on a press release on behalf of Cortina Skipass - summer 2020 update