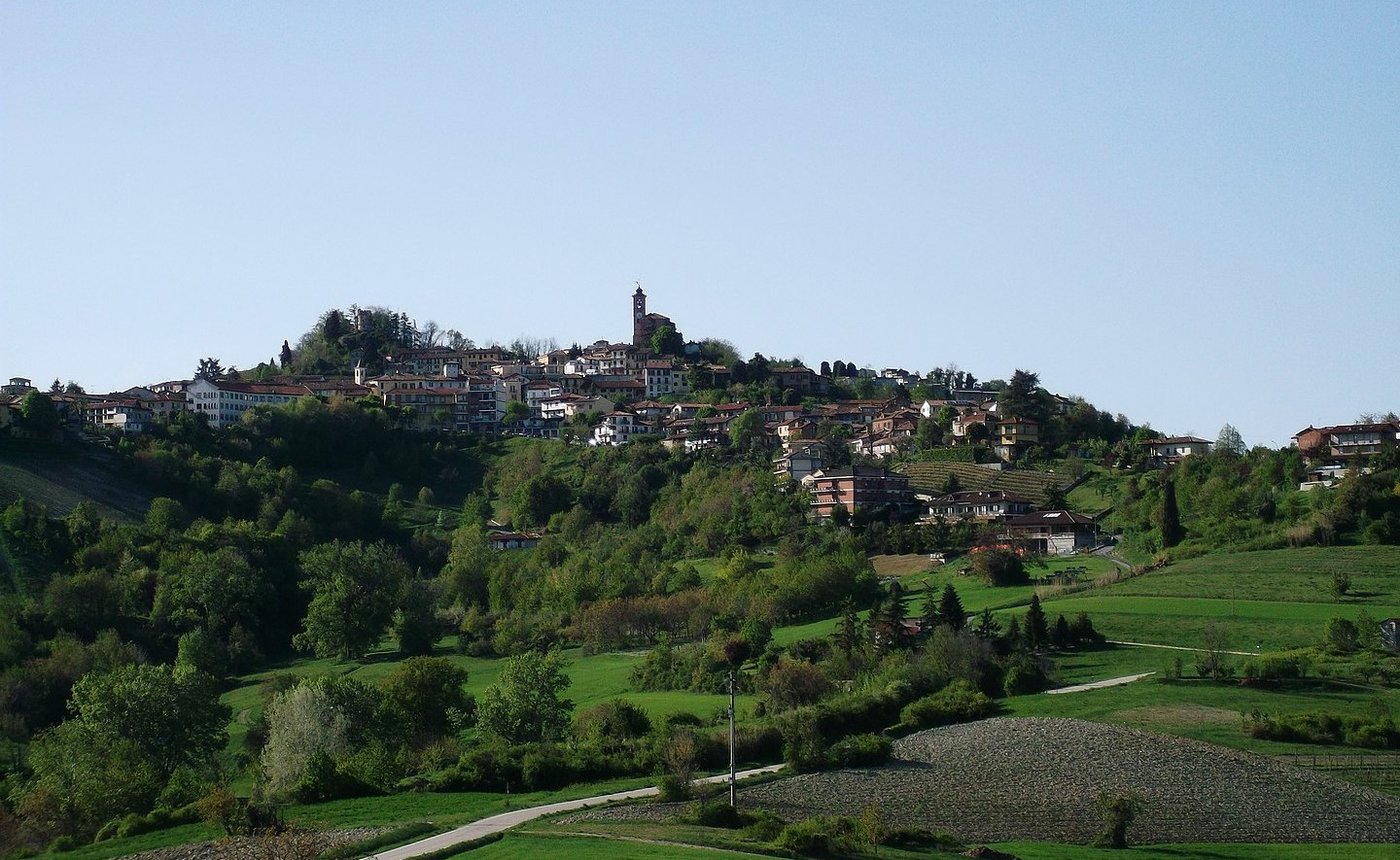 Cocconato is a town in the province of Asti, in Piedmont. In 2019 it was included in the circuit of "The most beautiful villages in Italy" and for its particular climate it deserves the nickname of "Riviera del Monferrato". The center has several buildings of historical interest, including the town hall, dating back to the fifteenth century, a rare example of a civil building in late Gothic style, and the seventeenth-century parish church, dedicated to Santa Maria della Consolazione.

There are several events, historical or food and wine themed, which take place throughout the year in Cocconato.

The Palio di Cocconato, or Palio degli Asini, was born in 1970 as a challenge between the villages of the town and wings of ancient legends linked to the medieval history of the place, when the Conti Radicati played a role of great importance among the disputes of the Marquises of Monferrato, Asti and Savoy. The chronicles of the time narrate that a fire broke out in the castle and to put out the flames the Cocconatesi started a generous column towards the valley where the stream flowed: loading barrels of water on the backs of the donkeys helped to save the stronghold. To thank the collaboration, the Conti Radicati announced a tournament at the center of which there was a donkey race and the banner of the House as a prize. Over time, the event has taken on a historical reenactment character.
The peculiarity of the Palio degli Asini di Cocconato consists in the way the animals are handled: they are not ridden, but encouraged by two members of the village they belong to. One of the two pulls the animal from the halter, the other urges it from the rear trying to prevent the overtaking of the other villages. To the winner the honor and the coveted drape, the last classified the "saracca".

The participating villages were originally ten: Borgo Airali, Borgo Brina, Borgo Colline Magre, Borgo Cortile, Borgo Freccia, Principality of Moransengo, Borgo Piazza, Borgo San Carlo, Borgo Torre and Borgo Tuffo, but today only eight are still in existence. To these is added the municipality of Moransengo.
The Palio event has been registered since 2002 with the National Historical Games Federation, an effective member of the Federation Council.

The Palio takes place on the fourth Sunday of September,

The Borgo Colline Magre is of rural origin, it extends in the western part of the town. It includes the Montecapra region and the hamlets of Cocconito and Maroero. The colors that distinguish the village, yellow and green, recall the rurality of the village and the banner shows the hills that symbolize the three areas that are part of it.

Borgo Brina is of rural origin, between via Mazzini and via Fantino to the west, and the Bauchieri farmsteads to the east. It also includes the villages of Roletto, Rocca and Rosingana. The colors are white and red and the banner symbolizes a crowned eagle on a white shield. The origin of the name is linked to the location of the village itself: located in a lower position than the town, the frost at dawn covered the green of the fields that were here.

Borgo San Carlo is one of the historic villages of the Palio di Cocconato, and since 1970 it has always been present in all its editions. The village is formed by the inhabited center between Corso Pinin Giachino and Via San Carlo, at the southern entrance of the town, and borders Borgo Torre to the north, Borgo Colline Magre to the west and Borgo Airali to the east. Its name originates from the ancient chapel dedicated to San Carlo Borromeo, located on the western edge of the town. The colors of the Borgo San Carlo banner are white and brown, which alternate diagonally on its banner, enriched in the center by a shield bearing the figure of a rampant lion, antique gold, with a crown and a forked and knotted tail. symbol of strength, courage and nobility.

Borgo Tuffo extends throughout the hamlet of the same name. Its borders touch to the east the municipality of Montiglio Monferrato where the secular Elm stands out, to the west the hamlets of Bonvino and Cocconito of Borgo Colline Magre, to the north the woods of Serre that overlook the hill of the provincial Robella d Asti and to the south the Cocconato station beyond which Borgo Brina begins. The colors of Borgo Tuffo are blue and yellow and its symbol is the Elm. Its name derives from the land, the tuff, which consists of woods, hills and large areas of the hamlet.

The village of Moransengo lies on a long hilly ridge overlooking the valley, bordering the villages of Brozolo, Cavagnolo, Cocconato, Tonengo. Like other towns in the area, the suffix “-engo” indicates its Germanic and more precisely Lombard origin. The original name "Muratianum Astensium", assigned to it by the Latins, was later changed to Moransengum, after the settlement, around 700 AD, of a village of populations of Lombard origin. Moransengo, placed since its origins under the Lady of the Marquises of Monferrato, passed in the 10th and 11th centuries under the dominion of various noble families, until Frederick Barbarossa I in 1164 gave it back to the Marquis Guglielmo del Monferrato. His descendants gave it as a fief to some dominant families in the Montiglio area and also to the Radicati. Due to the close historical ties with Cocconato, the small town is the only municipality admitted to the Palio since 1990. Colors: pink and blue.

Cocconato also hosts numerous events dedicated to wine and food and wine, including "Cocco… Wine" in the summer at the end of August, hosting, among collateral events, the cellars of Cocconato and Monferrato.