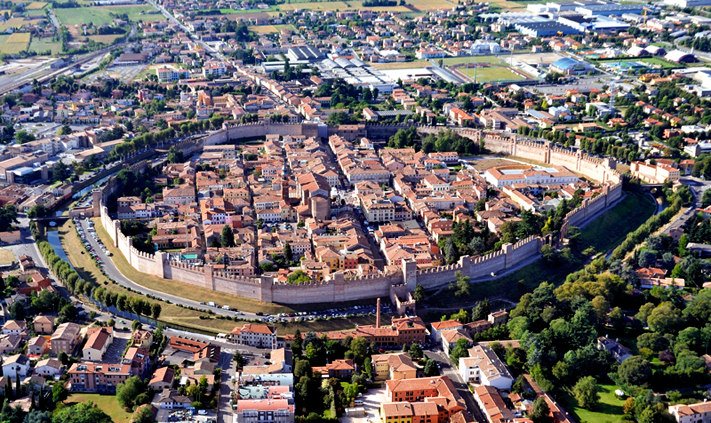 The urban layout is unique of its kind in the whole of Veneto, as it is characterized by two perpendicular crossbars enclosed by an elliptical wall, within which the city is organized according to the geometric checkerboard system of the typical Roman streets. The restoration of the Ronda Walkway allows visitors to admire the city from above.

Today the walls have a circumference of 1 461 meters, a thickness of 2.10 meters, a width of 80 cm, with two diameters of 450 meters. The walls have an average height of 14 meters, but the towers placed at the lookout of the four doors even reach 30 meters.

The ancient walls, medieval atmospheres, historic buildings, squares and squares await visitors to conquer them. Cittadella also periodically hosts food and wine events, such as "Formaggio in Villa" or "CittadellArteVino".