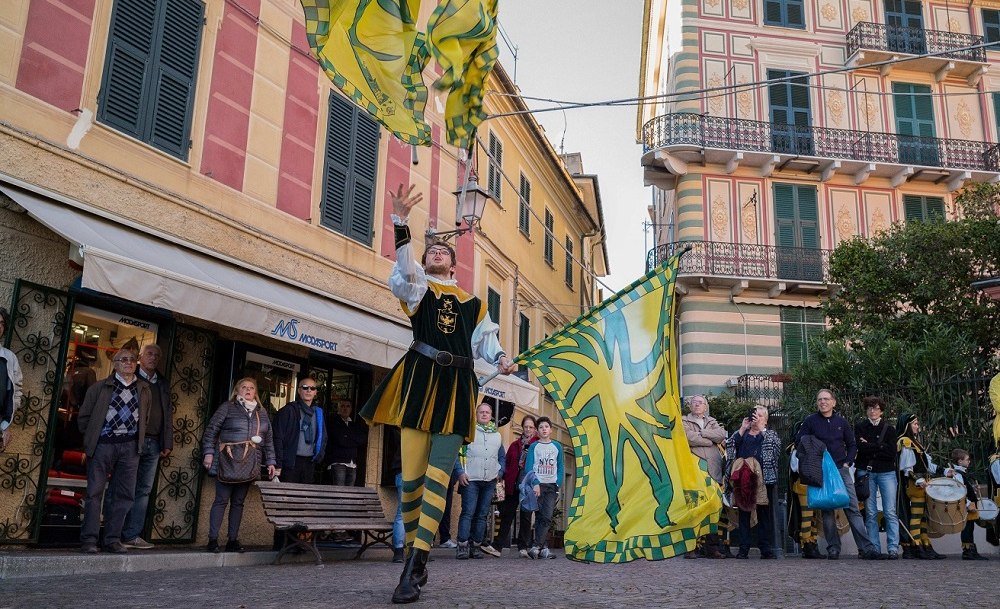 Celle Ligure is a town in the province of Savona, in Liguria, overlooking the coast of the Riviera delle Palme, in an inlet between the tip of the Olmo and that of the Madonnetta.

In the month of July, the night of Celle Ligure is enlivened by the "Basilico Night" event. The protagonist is obviously the great Ligurian excellence, with quality street food along the streets and squares of the center.

In August, after mid-August, Celle Ligure lights up thanks to the White Night, when shows, music, concerts, gastronomy, craftsmanship and quality shopping in the historic center and on the seafront.

In November, the "Borgo in Festa" event, a market fair with historical re-enactment, passed its 25 editions. In addition to the Ligurian and other regional food and wine excellences, the protagonists are flag-wavers, dancers, fencers, street artists. The highlight of the event is the historical re-enactment and the medieval parade, organized by the La Medievale di Savona Group and some other Ligurian and Piedmontese historical groups: noble and popular figures from the courts of the Middle Ages and the Italian Renaissance will parade along the streets of the center.