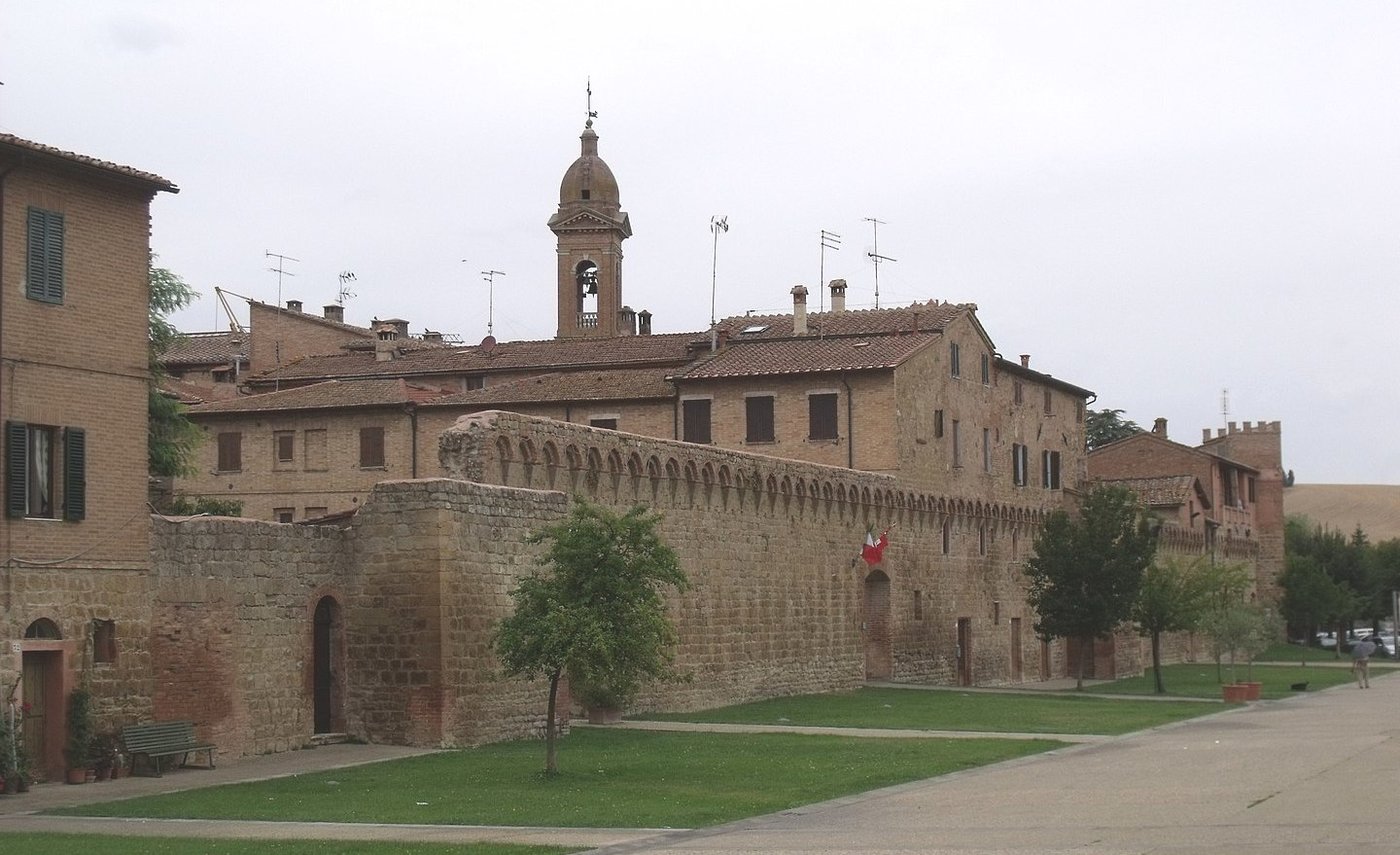 Buonconvento is a town in the province of Siena, in Tuscany, belonging to the area called the Crete Senesi. It rises in the Ombrone Valley, at the mouth of the Arbia river in the Ombrone river on the Via Cassia. It is part of the circuit of "The most beautiful villages in Italy".

The historic center of the village, which retains its well-preserved fourteenth-century layout, hosts along its main street, set up inside the wonderful Ricci Soccini liberty building, the Museum of sacred art of the Val d'Arbia, with works from the churches of the Val d'Arbia by many of the leading artists of the Sienese pictorial tradition, including Duccio, Pietro Lorenzetti, Andrea di Bartolo, Matteo di Giovanni, Alessandro Casolani, Simondio Salimbeni and others. Buonconvento also houses the Museo della Mezzadria Senese, in the evocative seventeenth-century spaces of an ancient manor barn, which tell the story of this corner of Tuscany.

This is an area of great gastronomic traditions and typical products of excellence, starting with the "white diamond", the white truffle of the Crete Senesi.

During the third and fourth weekend of September there is also the Valdarbia Festival, an annual event that was born as a Chianina meat festival in 1968. The Festival is organized by the Buonconvento Neighborhood Association composed of the four Districts that ideally divide the town, each neighborhood manages its own restaurant which presents a different menu at a fixed price. Traditional dishes are offered such as pici, maltagliati, handmade pappardelle, ribollita, tagliolini with chickpeas, mushroom soup, roast dwarf, hare, stewed and grilled meats, desserts and much more. During the days of the festival, the Museo della Mezzadria and the Museum of Sacred Art are generally open free to the public.