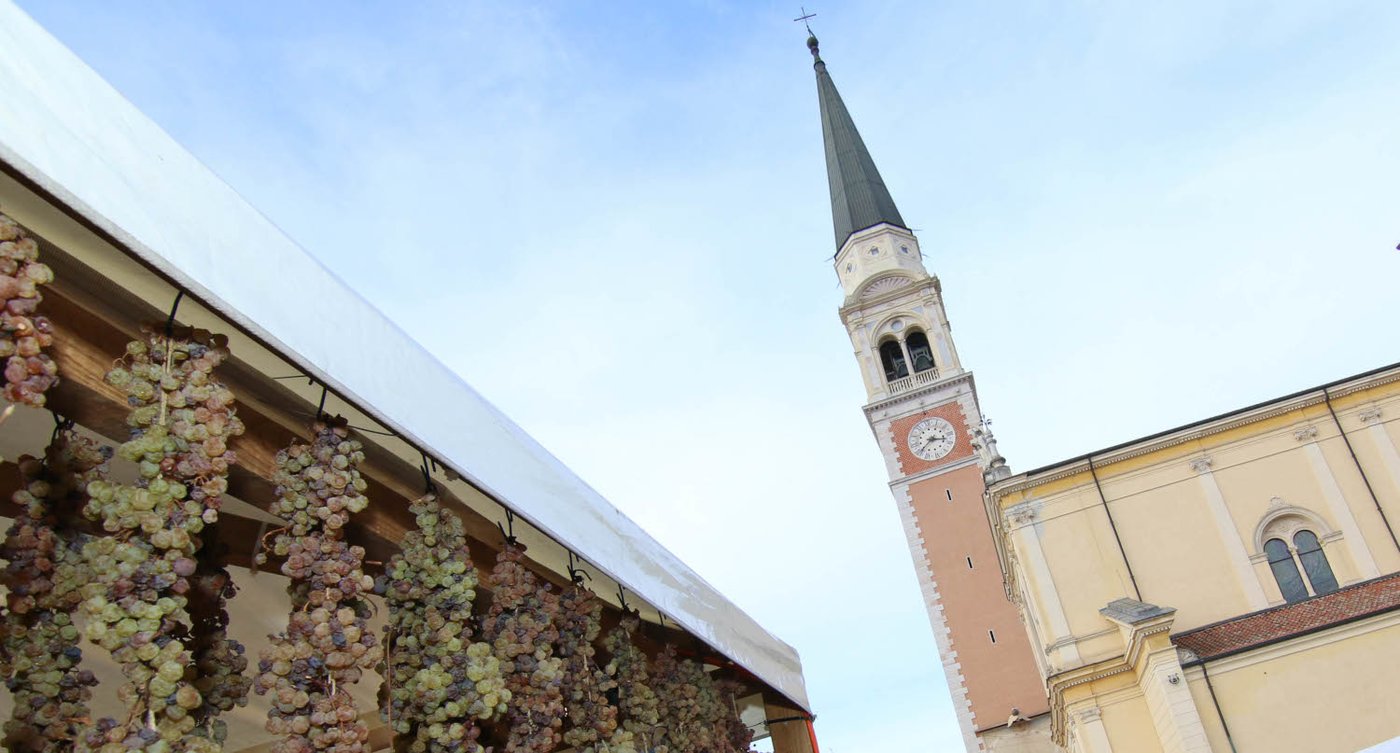 Breganze, a town in the Veneto foothills of the province of Vicenza, can well be defined as the city of wine, and is the ideal starting point for discovering an area rich in natural and architectural beauty. Here the autochthonous grape par excellence is the vespaiola, from which the white wine Vespaiolo and the Torcolato are produced, a precious sweet wine also known as the "gold of Breganze".

Local wines are also at the center of the most famous food and wine events in Breganze, the "Vespaiolona", a white night between cellars and tastings that greets the arrival of summer every year, and the "Prima del Torcolato", a winter event promoted by local "Confraternity of the Magnificent Fraglia del Torcolato".

Vespaiolo is the wine that traditionally accompanies two typical dishes from the upper Vicenza area, namely Bacalà alla Vicentina and dishes based on White Asparagus from Bassano del Grappa Dop. A food and wine review, "Asparagi & Vespaiolo", is also dedicated to this second combination, involving a group of restaurateurs and wineries, from March to June.

Breganze's fortune is the surrounding hills, mostly of volcanic origin, and the microclimate that guarantees a temperature range favorable to the production of quality wine, including black grape varieties, such as Pinot Noir and Bordeaux varieties (Merlot and Cabernet), from which great wines are born here.

In addition to an unmissable visit to the Beato Bartolomeo winery and to some of the historic wineries of Breganze, such as Maculan, we highly recommend planning a visit to the surrounding hill towns, starting with Lugo and Fara. In Lugo Vicenetino there is "Villa Godi Malinverni", designed by Andrea Palladio, the first that the famous architect designed in the Vicenza area. In addition to the beauty of the rooms and the frescoes, the Villa also offers a splendid park in some there is a small archaeological museum, where it is possible to admire a fossil palm found in the nearby territory of Fara, which testifies to the presence of a tropical habitat around 50 millions of years ago.