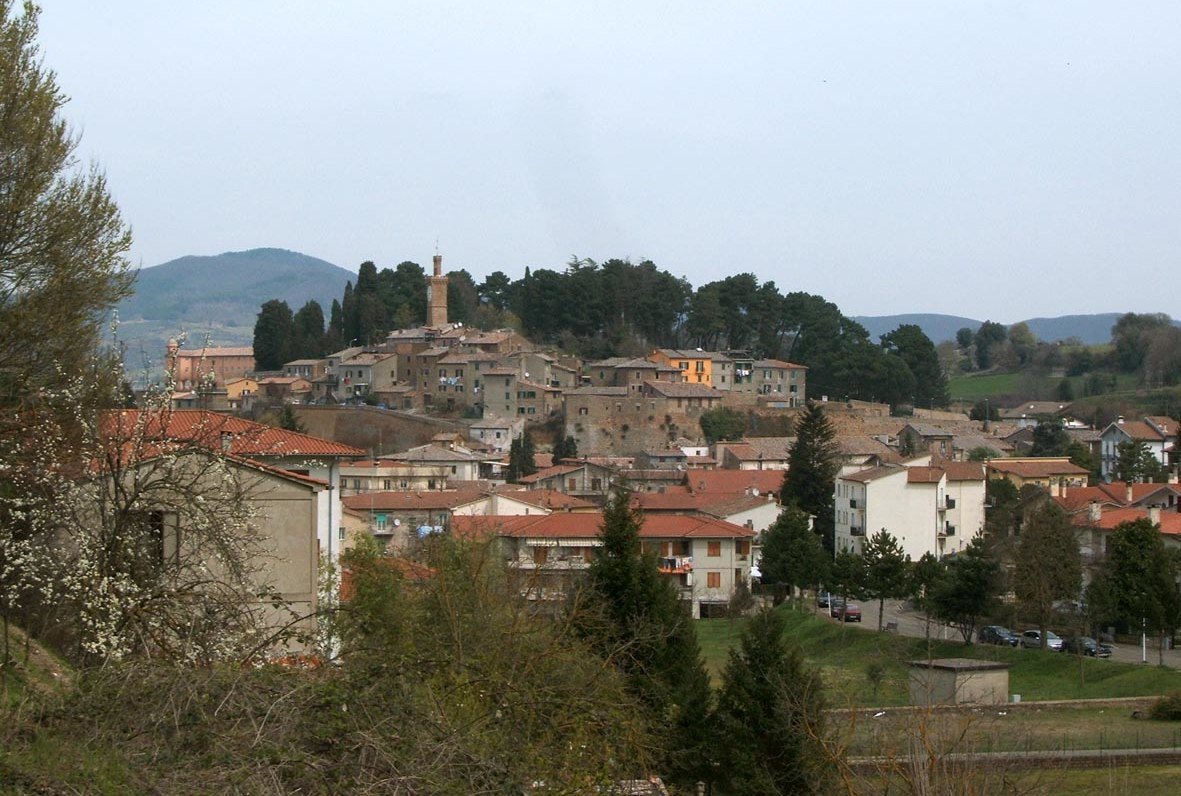 Acquapendente is a town in the province of Viterbo, the second northernmost in Lazio, on the border with Tuscany and Umbria. The village is just over 10 km from Lake Bolsena and is crossed by the Via Cassia. Acquapendente owes its name to the fact that it is located near numerous small waterfalls that flow into the Paglia river, which divides it from the territory of the Monte Rufeno nature reserve.

The origin of the village is probably connected to the fact that the Via Francigena passed through here,

Among the buildings of historical and artistic interest in the historic center, there is the cathedral, a Romanesque-style basilica historically belonging to the Benedictine order, called the Holy Sepulcher because there is a blood stained stone that is said to come from the Holy Sepulcher. of Jerusalem. In the medieval period, the basilica was frequented by pilgrims and crusaders, precisely because it was located on the stretch of the Via Francigena coming from Siena and directed to Rome. Along the Francigena route there is the city museum, divided into three locations (Julia de Jacopo tower with archaic and Renaissance ceramic finds, cloister of San Francesco with the Pinacoteca and the bishop's palace).

In the hamlet of Torre Alfina there is the renovated Monaldeschi-Cahen castle with adjoining wood. In the territory of the same hamlet, in the locality of Casale Giardino, there is the Museo del Fiore, a naturalistic museum in the woods of the Monte Rufeno Nature Reserve.