Music and taste
Music and Wine: matter of taste 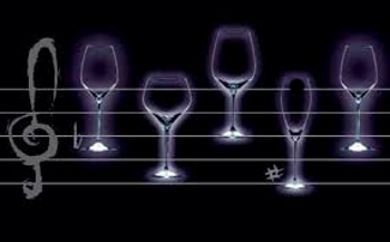 Music and wine, two worlds that speak a language without geographies: the taste and sound; two elements that be created socialization and conviviality building new links, discussions and stimulating social and cultural life.

With the opportunity to inform you about some events that combine music shows with wine tastings and dinners with typical products, it seemed interesting to also give some element of information on how to taste and music can interact with our senses.

The search for the right background music, in fact, gave inspiration to some curious research with scientific ambition on how the perception of the wine becomes listening music different.
Among the different types of music that are most often paired to wine is the jazz and the numerous initiatives include for example Culatello & Jazz, Rumori e versi di Jazz.

The timing and the right ways, the slowness of the flavor, the aroma, the rhythmic, should take over from the hectic life that leaves no room for reflection, and good music and good wine to our senses both require a fair degree of involvement , to be appreciated fully, leading those involved in these experiences, in a single trip.
Be careful though, not always the combination of music and tasting lead to a positive result.

The music judges the wine and the wine is judged with the music; if the substrate is not suitable for the attention given to wine, or food, it will not be the right one and our judgment is likely to be distorted.

There are numerous studies on how music can influence a wine; the most significant was conducted by the team of Professor Adrian North of Harriot Watt University in Edinburgh.The research was conducted to understand how music could change the perception of the taste buds during a wine tasting.

The survey involved 250 students, Professor Adrian North analyzed them by making them drink a 2006 Montes Alpha Cabernet Sauvignon and a Chardonnay and giving them an evaluation board.
A red wine and a white wine combined with a "Carmina Burana" to Off, the "Waltz" from "Lo Shiaccianoci" by Tchaikovsky, "Just can not get enough" of the Nouvelle Vogue and finally "Slow Break down" by Michael Brook .

Four songs completely original and different that have placed their influence on wine. In fact, the opinions of the students were collected after only five minutes from the end of the tasting with the background music.
Music has always played a major role on the ratings because has been reflected on the evaluations of the students have them classified as powerful (Carmina Burana), refined (Waltz), lively (Nouvelle Vogue) and soft (Michael Brook).

In Britain some English magazines in the industry have compiled their rankings to match wine and music: for Merlot the background would be a more appropriate song by Lionel Ritche, for Chardonnay those of Robbie Williams and Kylie Minogue, while the Cabernet Sauvignon would more notes indicated harsh Rolling Stones.

Some British magazines, found that British wine producers, they would considering to enter on the labels of their wines instructions for choosing the best soundtrack to give the tasting, the perfect atmosphere to elevate the flavors and aromas of their wine.