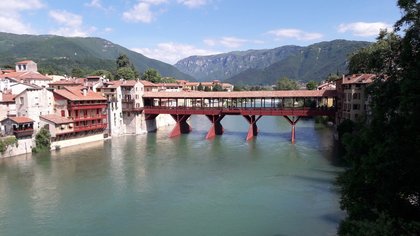 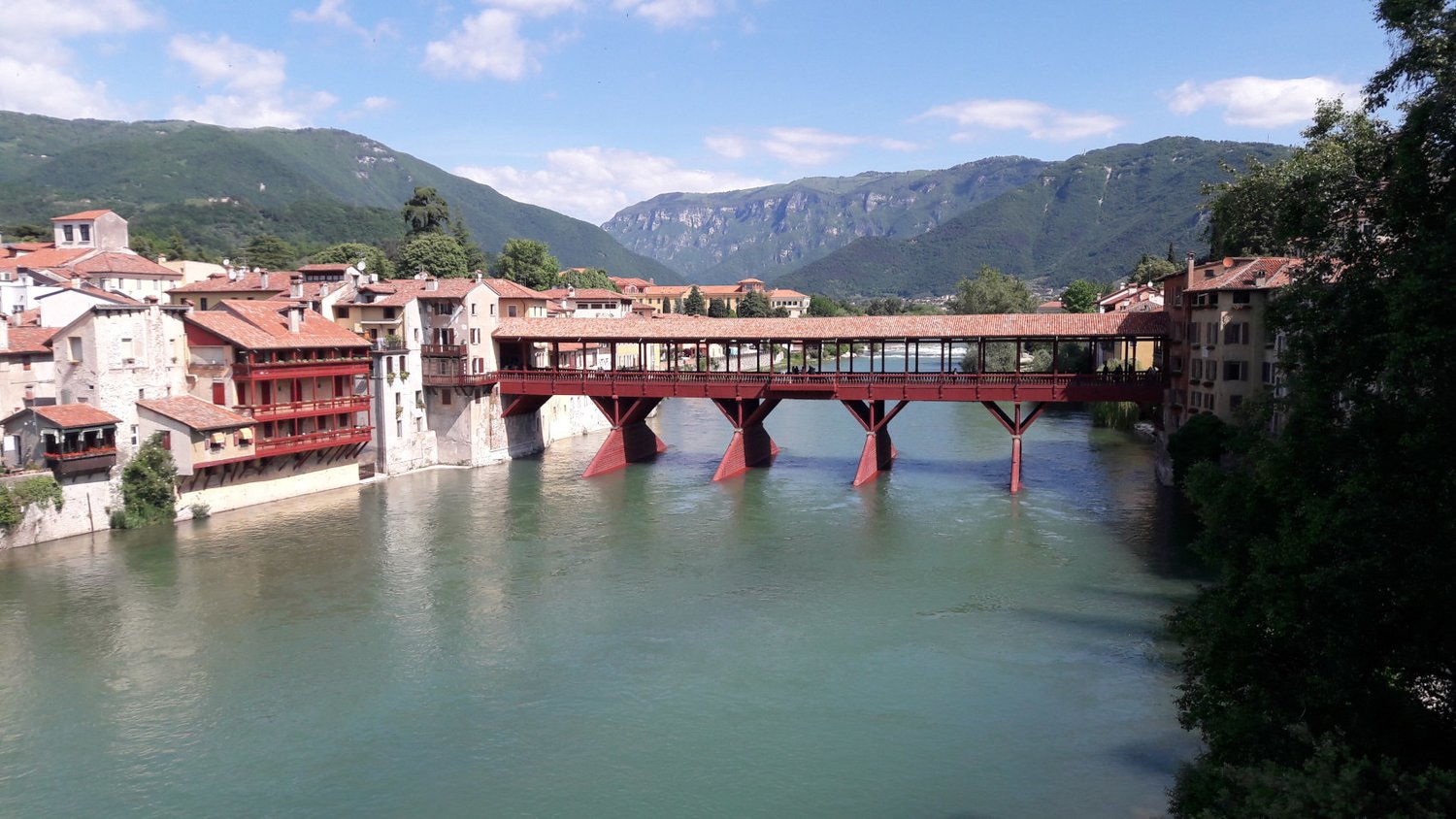 Bassano del Grappa, a city in the province of Vicenza crossed by the Brenta river on the slopes of Mount Grappa, although not the provincial capital, is well known, and not only in Italy, thanks in particular to its "Ponte Vecchio", as well as for the great tradition in the production of grappa. Also known as "Ponte degli Alpini", perhaps not everyone knows that its importance derives also, or above all, from having been designed, for its reconstruction after the destruction of 1567, following an extraordinary flood of the Brenta river, by 'architect Andrea Palladio. Palladio is not only one of the most important Italian architects of the 1500s, but also one of the most studied, in past centuries and up to the present day, thanks to his "four books on architecture".
The history of the Bassano Bridge, however, does not end with the involvement of Palladio, so much so that it reopened a few days ago after yet another renovation.

Anyone wishing to know more about this fascinating history, to which the history of the entire city of Bassano is closely linked, can take advantage of the exhibition hosted at the Civic Museums of Bassano del Grappa until 10 October 2021, entitled "Palladio, Bassano and the Bridge. Invention, history, myth. The exhibition does not only deal with the Bassano Bridge, but also with other bridge projects by the great architect who have remained famous, such as the one for the Rialto bridge in Venice, and exhibits some of Canaletto's masterpieces.

Walking through the streets of Bassano you can also admire the large steel sculpture in the shape of a rhinoceros, the King Kong Rhino by Li-Jen Shih, created by the Taiwanese artist as a tribute to a famous engraving by Dürer on the occasion of an important exhibition hosted in the recently passed by the same Civic Museums of Bassano. The statue is located outside Palazzo Sturm, one of the seats of the Civic Museums. 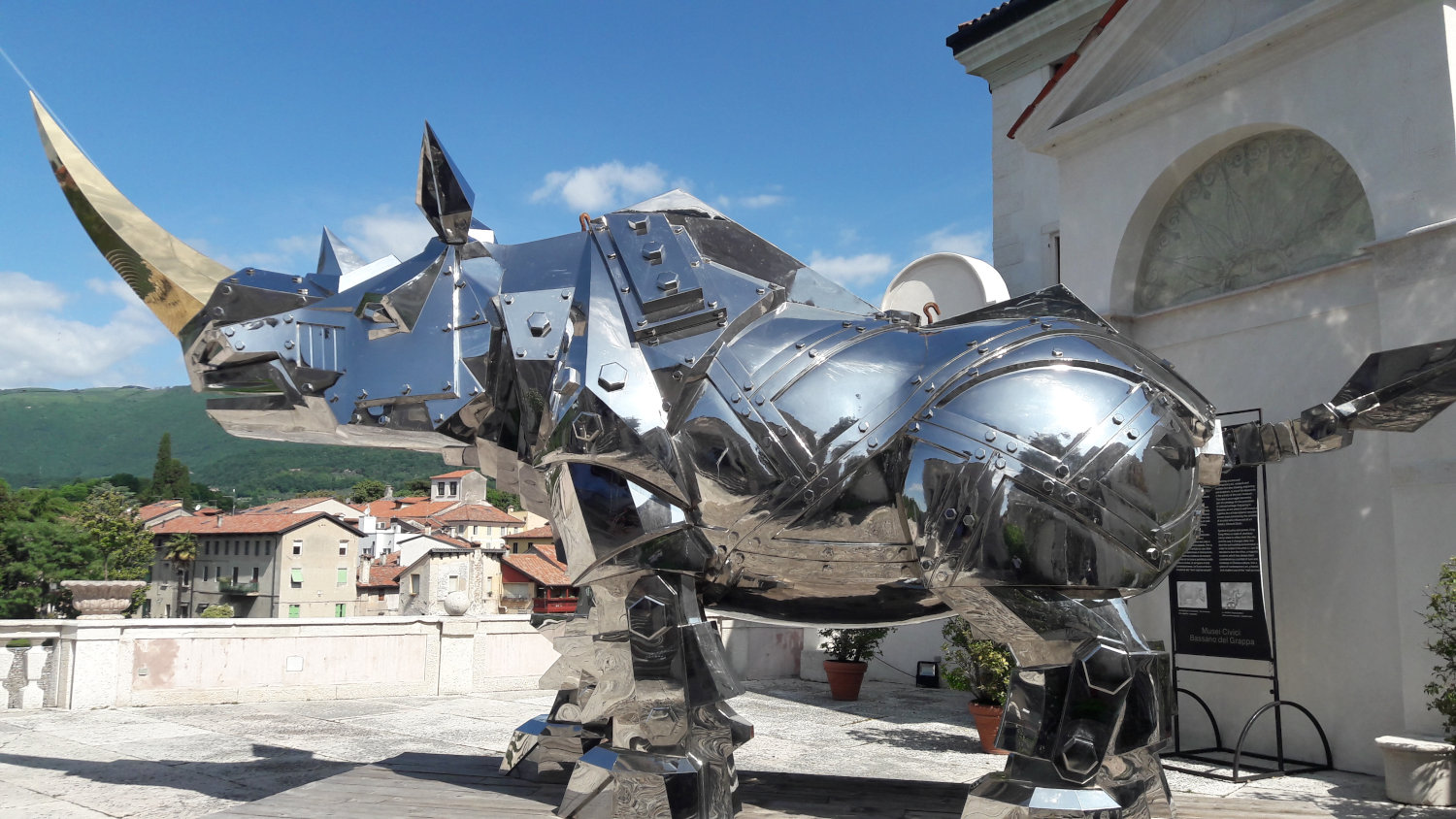 From that Belvedere, as from the Ponte Vecchio itself, you can admire a landscape, on the river and on the historic palaces and gardens overlooking the Brenta, which has little to envy to the most famous views of the greatest Italian cities of art.

Staying in the historic center, going down towards the Ponte Vecchio, a stop at the grappery of the oldest distillery in Italy is also a must: the Bortolo Nardini, present on the bridge since 1779. The most curious and passionate about spirits can also take advantage of the presence , not far from the bridge, of the Museo della Grappa di Poli 1898, another important grappa shop in the area that boasts more than a century of life, as the name suggests. 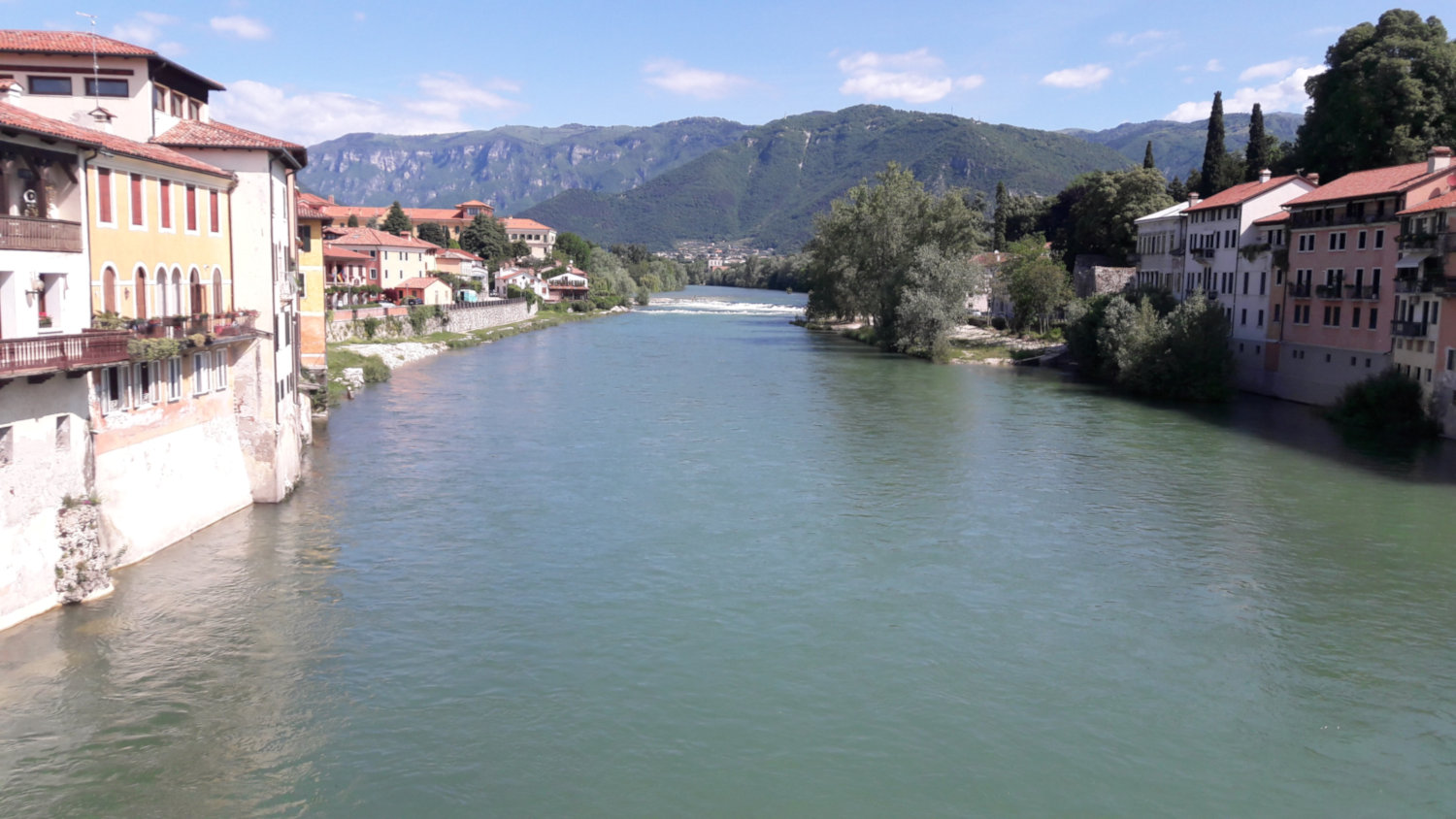 These days Bassano del Grappa will not only win you over with its bridge, its palaces and squares, and its art exhibitions, but it will also know how to "take you by the throat". In fact, it is still possible for a while to take advantage of the direct sales of the many producers of strawberries and cherries (the delicious "durone") reachable a few kilometers outside the center. Here, strawberries have become an unmissable accompaniment to the famous White Asparagus of Bassano, a typical Venetian product grown in Bassano del Grappa, and in a dozen neighboring municipalities.

The surroundings of Bassano del Grappa are also beautiful, with Marostica just a few kilometers away and Asolo just farther away, and just outside the center and in the hills overlooking the road that leads to Marostica and then Breganze has a lot to offer also in terms of wine.
For those who do not want to take the car again, from the center of Bassano, with a more than affordable walk along the road that follows the river outside the historic town, there is Villa Angarano (Sant'Eusebio locality), which it hosts a winery, and on June 17th (by reservation only) it joins the initiative “Tasting between friendly homes”, with two shifts at 6pm and 7pm.